We were the first Assay Office to offer a Heathrow facility. Our combination of the very latest hallmarking technology and the foremost global security transport network, situated at one of the world’s most important gateway airports has proven time and again to be a winning one. Read more here.

Kevin started his apprenticeship at the Assay Office in 1979 to the late John Forbes (a former Deputy Warden).  Since then, he has built up a huge wealth of knowledge across the entire assaying and hallmarking process.

Kevin is now in charge of the Heathrow sub-office, where he and his team provide an unparalleled service to some of the biggest jewellery importers in the country. 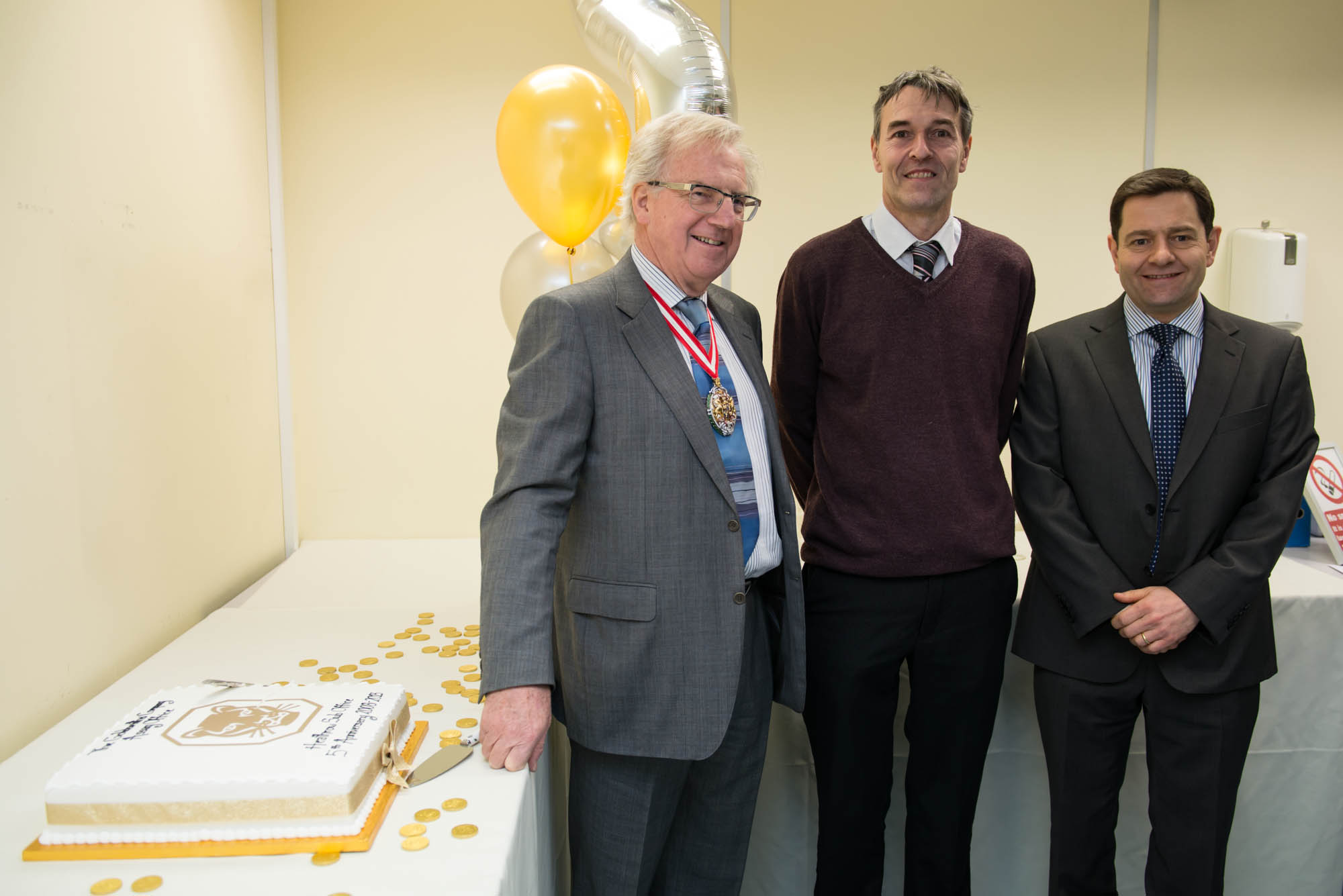 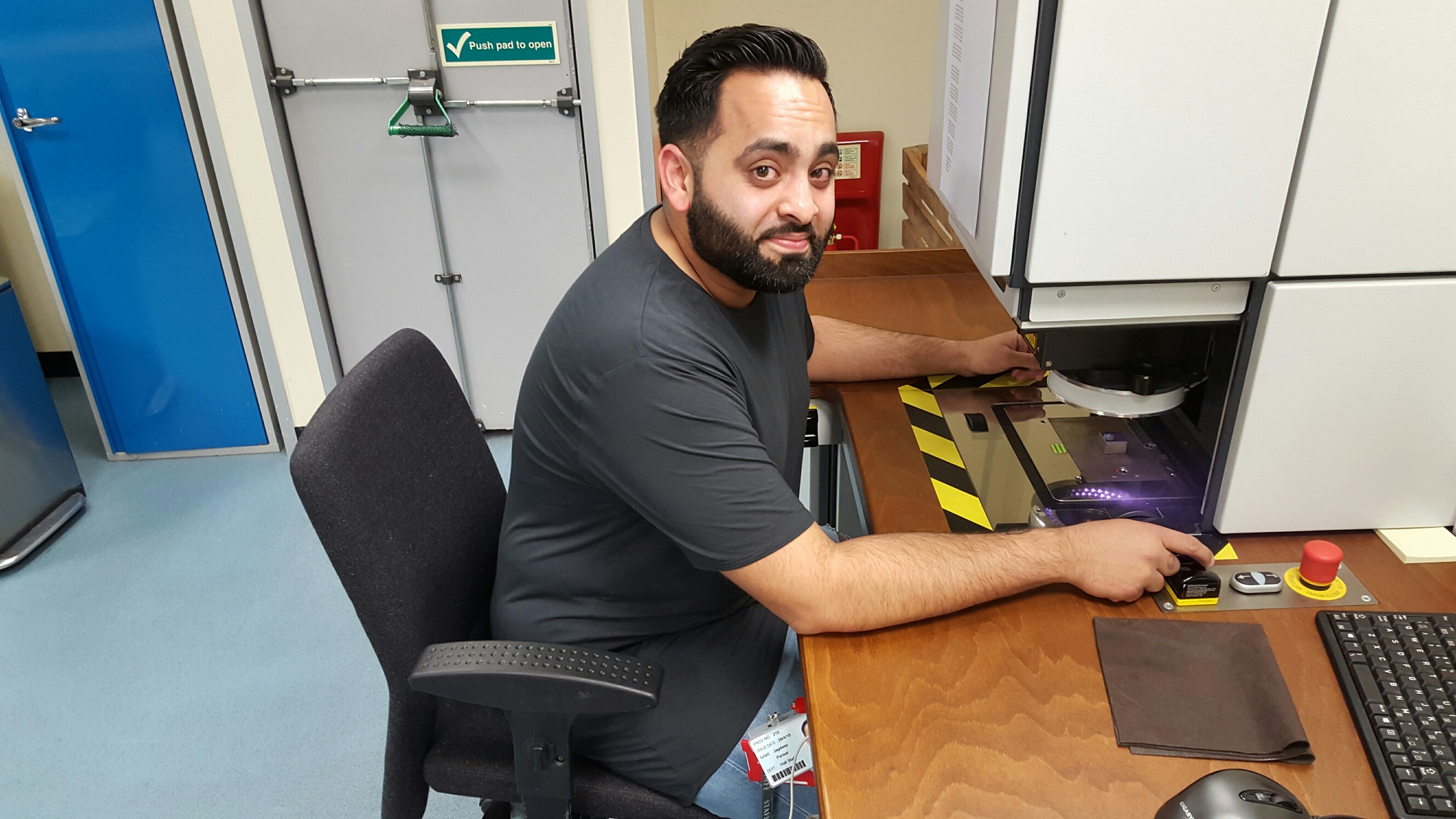 Jagdeep at the laser machine

When I arrive, I set up and help my team pick up from the previous day. I check emails over a cup of coffee and then get on with the day's work.

What is your favourite type of packet?

It would have to be the one-off pieces that come through - it's great to be able to hold and admire the workmanship that has gone into a piece.

What’s your favourite part of the working day?

Checking the system at the end of the day to see how much the team has achieved.

What’s the funniest request that you’ve had?

One of my aunties was convinced that the gold plating on her handbag was actually real gold. I brought it to work with me and tested it to prove that it was base metal underneath the plating.

A silver trophy of someone's bottom.

What did you want to be when you were growing up?

When I was a young lad, I wanted to be a fireman. As I grew up, I decided that I actually wanted to be a stunt man. I still have some secret videos of me trying out stunts!

What’s your favourite thing to do when you aren’t at work?

When I'm not at work, I enjoy playing GTA5 on my ps4 and spending time with my family and friends.

What has been your most memorable moment here?

Being taken on a mini tour of Goldsmiths' Hall by the Prime Warden, learning about the history of the Hall and getting to see behind some of the secret doors. 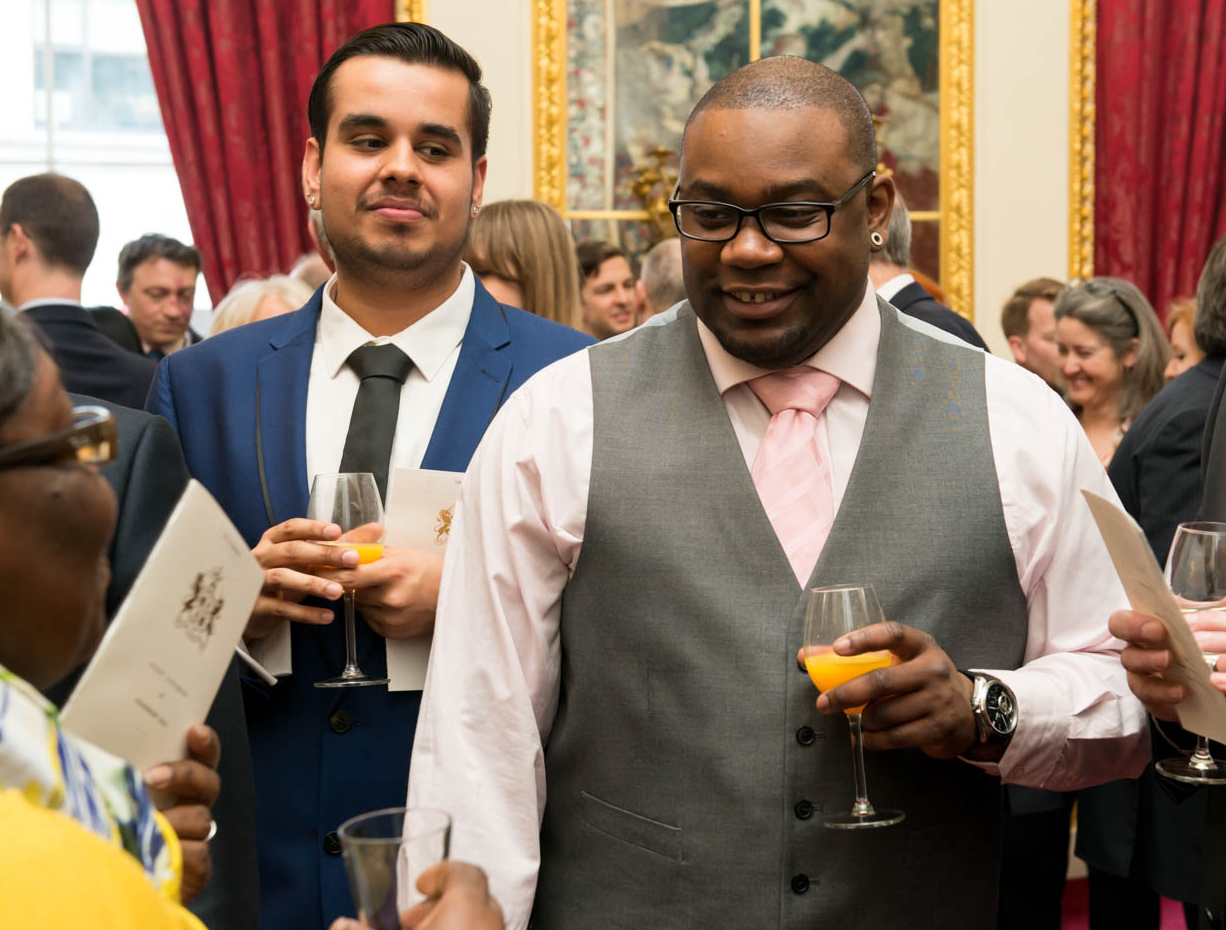 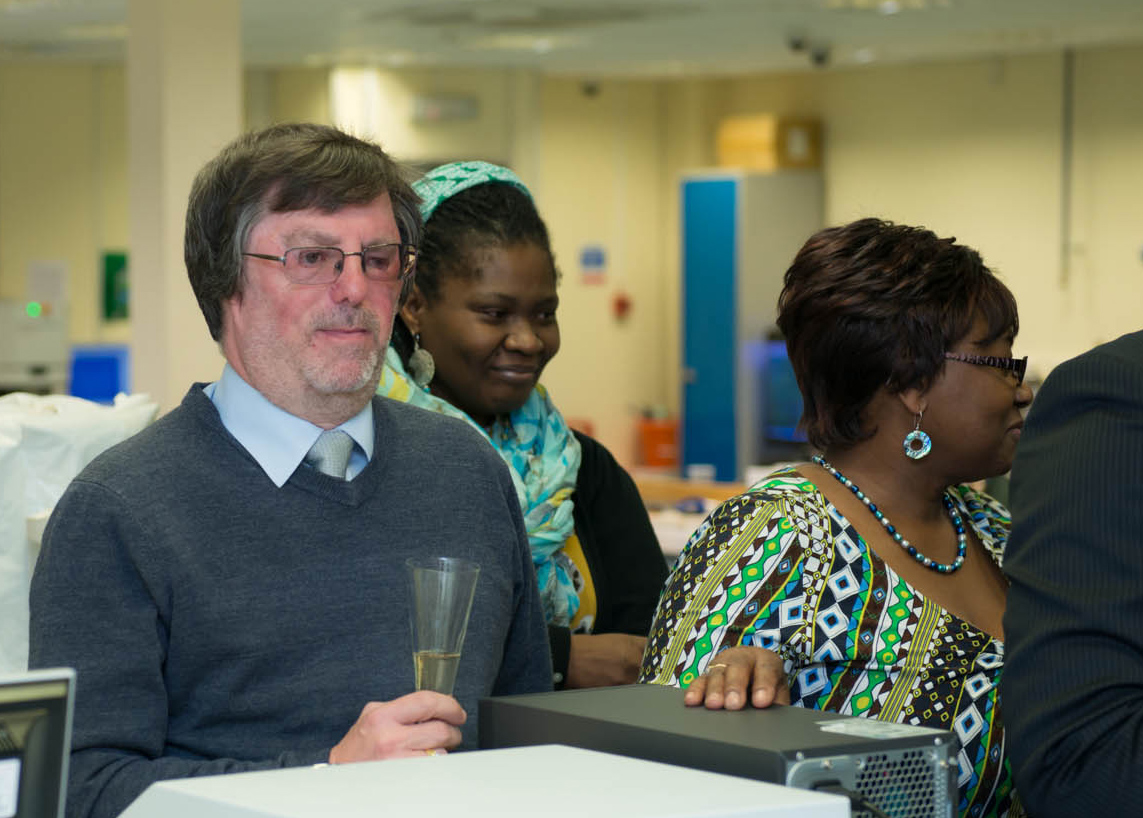 David has worked across all of our offices over 40 years.

How long have you been working at the Assay Office?

I started as a sampler at Goldsmiths’ Hall in 1977, and over the years did some hand marking, and a bit of press marking, but now I mainly sample the articles as they come into Heathrow – I’ve been here full time for 3 years.

It’s a 7.45 start – first I calibrate the XRF machine (“X-ray fluorescent spectrometer” - it fires a low level x-ray at an article to determine which alloys are present, and to what degree so we know the millesimal fineness of precious metal), sample what arrives, and pass it on for hallmarking. We’re very busy, but have the benefit of knowing what shipments are coming in couple days before which streamlines the process.

What did you do before LAO?

In 1975 I worked at jewellers Green Street in Upton Park learning how to make things, do repairs, polish and serve customers.

After 7 months working there, there was a robbery.  While I was in the back room polishing 3 men came in with sawn off shot guns.  It was noisy with the polishing wheel working, but I heard a commotion and went to see what was going on.  I spotted the men, but they saw me too, and I was shot from 6 feet away, and blinded in my left eye.

I was off work for 3 weeks, and worked there for another year before starting at Goldsmiths' Hall on 1st March 1977. I was familiar with trips to the Hall as I used to take the work to be hallmarked along, and had received some help from the Company when Mr Jenkins, the Clerk of the time, read about the robbery and my story in Retail Jeweller.  I saw an advert in the paper about the vacancy at Goldsmiths’, applied and had my interview with Mr Forbes (the then Deputy Warden) on the day I was due to leave the jewellers.  I started the following Monday. …Fate!

I was a bit too old to start as an apprentice but began in my teens – and John Love, Dave Merry, Andy Waker, Terry Dack, Pat Geary and Kevin Bowles all began at similar times so we have all grown up here together.

What's the best thing about working for LAO?

I get on well with the other staff here, I like talking to customers, and I like it when customers come for tours – I enjoying showing them what I do.