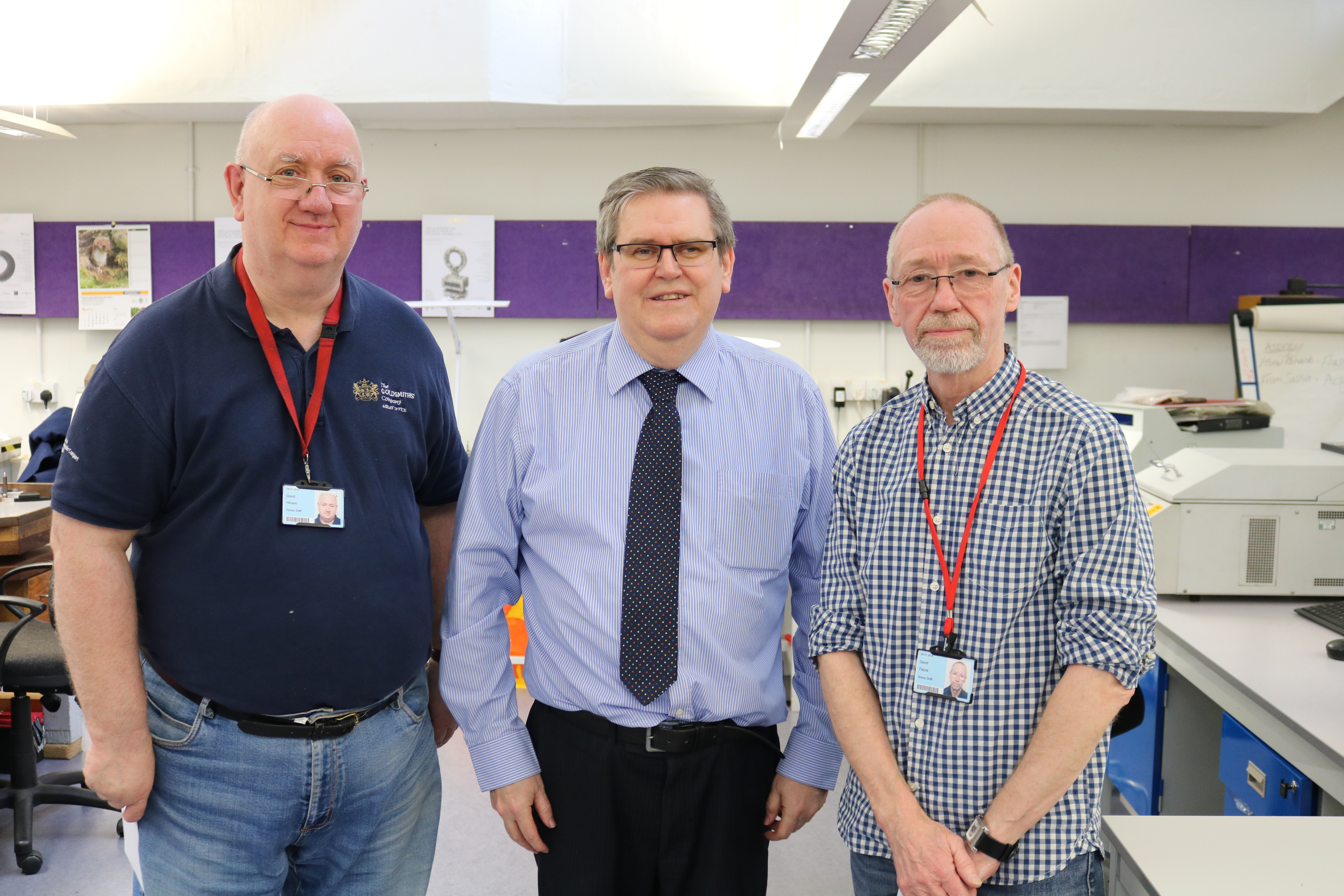 Dr Robert Organ presented them with their long service awards in front of their colleagues on the hallmarking floor at Goldsmiths' Hall.

Dave Hinson works on the counter at Goldsmiths' Hall.  He joined us in 1979 from Comyns silversmiths and worked across customer packet control, and what was then the "foreign department" (where all the import work was carried out at another building in Foster Lane).  In the years since he has been joined at the Assay Office by a number of his sons who have worked across various departments also.

He describes his typical day now, forty years later, as follows: "We run quality controls on our XRF machines before we start work to ensure that we are measuring accurately. If we have a lot of urgent packets, I join the team testing items with a touchstone or on the XRF.

Customers probably don’t realise that we still use touchstones – the method that has been used for more than 700 years – it can be a really quick way of identifying problems when you have a lot of articles to test.

The rest of my day is taken up with admin – dealing with failed packets, speaking to customers and answering queries."  Read more here.

Congratulations to both on a fantastic achievement!