City of Hull Trading Standards won the British Hallmarking Council’s Touchstone Award 2016.  The Award plate was presented at Goldsmiths' Hall in November.  The annual Touchstone Award is presented by the British Hallmarking Council (BHC) and is funded entirely by the four UK Assay Offices. The Award was launched in 2012 to encourage education and enforcement of hallmarking and to reward the best initiative relating to hallmarking.

"City of Hull Trading Standards’ initiative started with a small exercise in 2014-15, which found that only 60% of jewellers’ premises visited were fully compliant with the Hallmarking Act. It then planned a further exercise for 2015-16, which included a much wider survey. As before, unhallmarked jewellery was found and, as a result, one independent store was fined for hallmarking offences and the directors of a multiple store business were required to closely review and improve the company’s procedures, resulting in the implementation of a much more rigorous system.

As is often the case with hallmarking infringements, the investigations by City of Hull Trading Standards uncovered unexpected additional offences. These included prosecuting a retailer who was also running an eBay site with a completely separate stock, much of which was not hallmarked but was authenticated by unsubstantiated certificates and inaccurate valuations that mis-described many of the items, infringing the Hallmarking Act, The Consumer Protection from Unfair Trading Regulations and the Trade Marks Act."

Read more on TS Today website, and The Hockley Flyer. 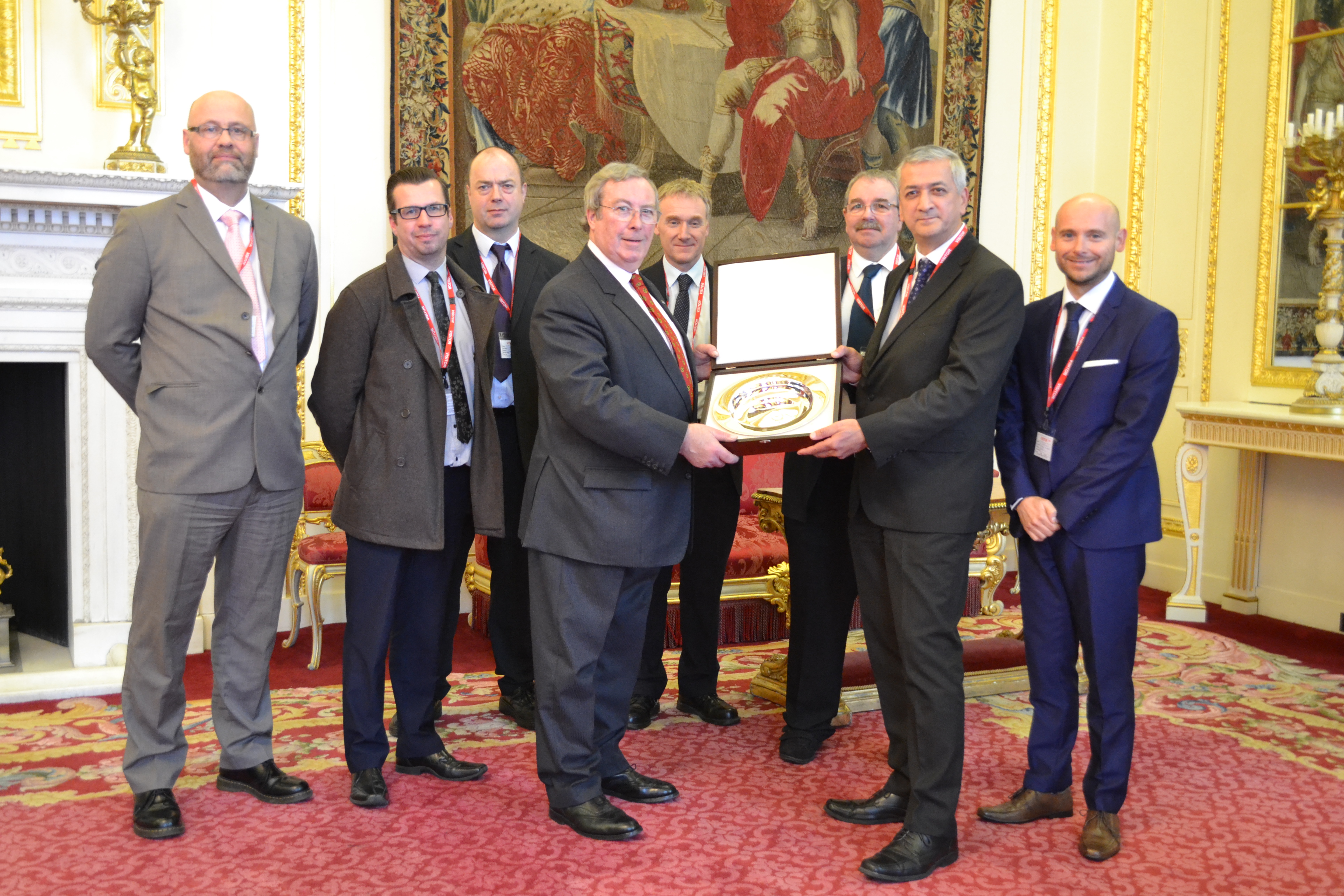 Christopher Jewitt, Chairman of the British Hallmarking Council presents the award to the Hull City Trading Standards team, in the Drawing Room of Goldsmiths' Hall.