The only organisation of its type in the world

We are proud to have run The Antique Plate Committee (APC) since 1939, which is the internationally renowned body for adjudicating spurious silver articles. It is the only body in the world to do so.  It advises the Assay Office on the authenticity of an article's provenance - decisions on which are usually based on three vital elements:

The Committee also advises on whether there has been an illegal alteration or an addition to the piece, whether it could be an electrotyping, or if the hallmarks have been transposed or cast.

Since 1478, the hallmark has included a distinctive date letter indicating the year of hallmarking. The temptation to make an article appear older than it is by using counterfeit punches, or by transferring a genuine hallmark from an antique into a modern article has proved too great for some.

This is an offence under the Hallmarking Act (1973). It is also an offence to alter a hallmarked article without the written permission of an assay office. Articles altered legitimately bear an 'additions' mark, or are issued a certificate which approves change of use.

The APC comprises of a dozen expert members, including dealers, restorers, academics and collectors who serve for a fixed term. The Committee is supported by an extended panel of volunteers who report and inspect potential problems in the trade. 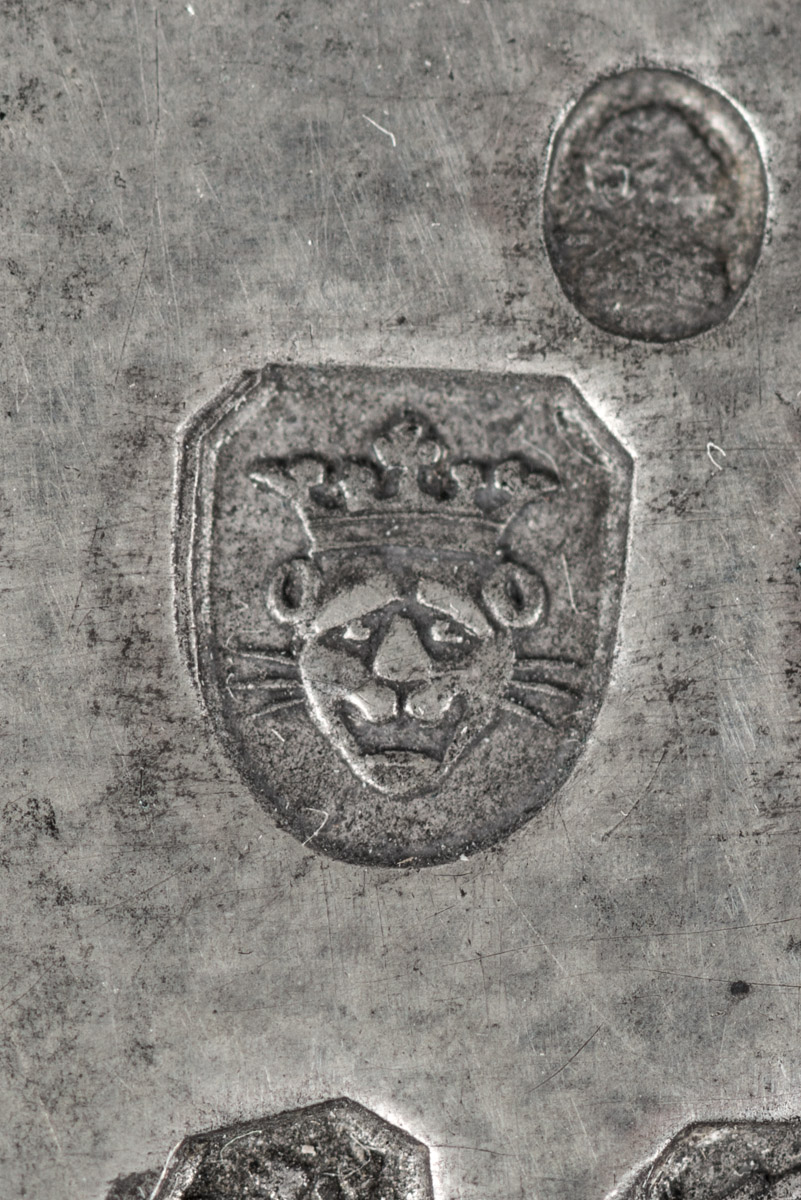 All articles submitted for examination by the panel are sampled. To date test the piece a drawing is taken and the sample is compared on our ICP-OES Spectrometer to other known reference samples from the Goldsmiths' Collection.  They will also compare the date mark with genuine hallmark plates of the period.  Each year has its corresponding, unique mark and these are held in our archives.

The Committee's decision is final.

The Antique Plate Committee meet on a quarterly basis. Goods need to be submitted for inclusion at least one month prior to the meeting.

You will need to complete a form for each item on its submission to our Goldsmiths’ Hall office.

Information on the case relating to Peter Ashley-Russell

The Lyon & Twinham Forgeries by Paul VA Johnson, The Proceedings of The Silver Society

Section 7 of the Hallmarking Act (1973) specifies how an assay office must deal with unauthorised marks and unauthorised alterations and additions. Depending upon the age of the article, the unauthorised marks will be cancelled. The owner then has the option of submitting it for hallmarking as a new article, and being charged accordingly, or having it marked with LAO (our Sponsor's Mark) and the case number given by the APC.

The owner, or person appearing to have control of the article, is informed by a letter from the Assay Office of the decision of the Committee. This may be a simple statement that the article complies with the Hallmarking Act (1973). For articles which do not comply with the Act, the treatment of the marks, and the subsequent options are specified.

Antique Silver and the Law Booklet